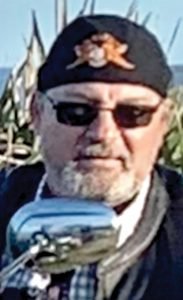 He was a self-employed over the road truck driver for C&L Trucking in Imlay City, MI.

Chauncey enjoyed riding his motorcycle, visiting with family and friends, karaoke, and stringing and playing his guitar.

Chauncey was preceded in death by his father, Isaac Hurt; and most of his 18 brothers and sisters.

Please be sure to sign the online register at muirbrothersfh.com to share condolences and memories with the Hurt family.