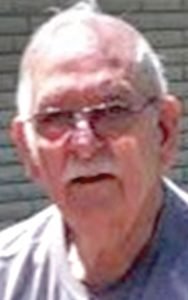 Bobby “Bob” Bissett, age 86, of Imlay City, MI died Saturday, July 31, 2021 at his home with his loving family beside him. Bobby Bernard Bissett was born March 26, 1935 in Brown City, MI. He was the son of the late Albert and the late Maude (Patterson) Bissett. Bob grew up in Brown City. He married Irene Boadway on September 14, 1957 in Brown City, MI. Bob has lived in the Imlay City, MI area for the past 57-plus years. He was preceded in death by his wife, Irene, on February 11, 2019.

Bobby performed odd jobs before being employed as a machinist and high-low operator by Ford Motor Company in Sterling Heights, MI for 30 years before retiring.

He and Irene enjoyed spending time with their children and grandchildren when they weren’t gone with their fifth wheel on camping trips. They spent their winters in Wauchula, FL.

Bob was a member of the Good Samaritans, Green Thumber’s, and several camping clubs.

Bobby was preceded in death by his parents, Albert and Maude Bissett; and his 11 older siblings.

Please be sure to sign the online register at muirbrothersfh.com to share condolences with the Bissett family.