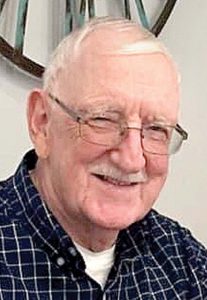 Merle Loren “Mike” Tanis, 80, of Imlay City, Michigan passed peacefully into the loving arms of his heavenly Father on Monday, July 26, 2021. Mike was born July 19, 1941 to Kenneth and Mary Tanis in Imlay City, Michigan as the 5th of 9 children. Mike was a graduate of Dryden High School, the Class of 1959. Mike remained a lifetime resident of the Imlay City area. He married a Christian school teacher and Iowa native, Willene DeBoef on December 28, 1965, and they settled down on a muck farm a mile from his childhood home.

For many years he farmed there with his brother, Ron. Mike loved growing vegetables almost as much as he loved working with the dozens of teens that worked there over the years. Mike acted as their actual or surrogate “Uncle Mike.” Mike also spent his retirement years (about 20 years) working with his brothers making deliveries for Helena Agricultural Products of Imlay City.

Mike was preceded in death by his parents, Ken and Mary; brothers Ron, Harold, and Ken.

Mike’s gentleness, kindness, and selflessness will be missed by many including his wife, children, grandchildren and great-grandchildren.

Those wishing to make memorial contributions may direct their donations to the Imlay City Christian School.

Please be sure to sign our on-line register book at www.muirbrothersfh.com to share your memories and condolences with the Tanis family.