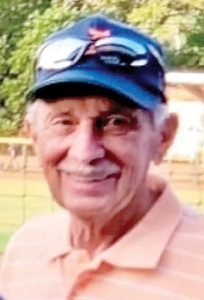 As of Tuesday, the search for Mindelli was centered in the area of Rochester and Casey roads.

DRYDEN TWP. — As of press time on Tuesday, a missing 78-year-old Dryden man had yet to be found.

Dryden Township Police reported that a search continues for Joe Mindelli, who has been missing since Sunday evening.

Police said Mindelli is 5 foot, 8 inches and weighs about 140 pounds. He may have been wearing rubber boots and cargo-style pants at the time he went missing.

A full-scale search began at 9 a.m. Tuesday, July 20, in the area of Rochester and Casey roads, a location where Mindelli was known to take walks.

The search involves local police, firefighters, Sheriff’s deputies, EMS personnel, groups of volunteers, a K-9 unit and a helicopter. Participants gathered at the Dryden Wesleyan Church. The plan was to divide volunteers into groups that would be led by police officers or firefighters. Searchers planned to used all-terrain vehicles as part of their efforts.

“We are asking that all area residents check your property, outbuildings and deer blinds,” the Dryden Township Fire Department said in a Facebook post on Tuesday morning.