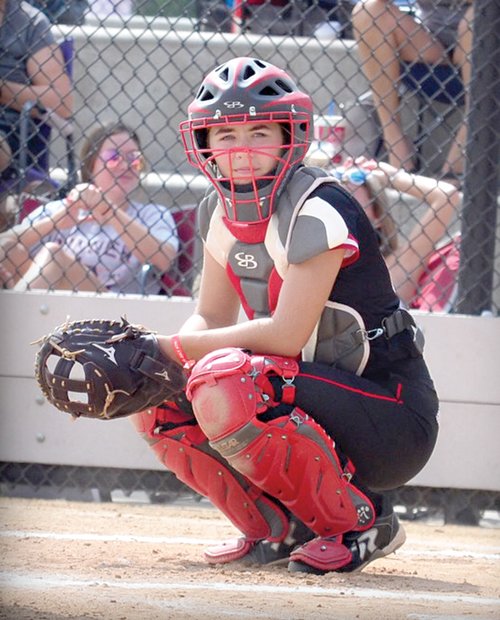 Almont’s Devin Johnston helped her team go 5-0 at a tourney in Columbus recently.

ALMONT — Almont’s Devin Johnston and her Turnin 2 Pezzoni 15U teammates fashioned a 5-0 mark at the Stingrays Summer Showcase recently.

Columbus, Ohio is where the action took place.

Later that day, they improved to 2-0 with a 7-0 victory over Lasers Yellow Easton.

The following day saw them register a 10-2 triumph against Indiana Gators 04 Lloyd Premier.

It was there Turnin 2 Pezzoni rolled to an 11-0 win over Indiana Gators 04 Edwards.

After registering the favorable outcome, the team earned a 4-0 victory against Ohio Wolfpack Hysong ’04.

That left them in the quarterfinals of the 64-team tournament, before the remainder of the event was canceled due to rain.

Johnston finished the tournament with five hits in 10 at bats.

In addition to that, she scored two runs, stole two bases. collected one RBI and was hit by a pitch once.

Defensively, Johnston split her time between third base, catcher and leftfield.

She recorded 20 putouts and did not commit an error over her five-game tournament stint.