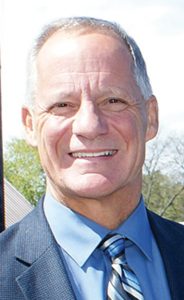 He’s temporarily led the department since Scott Pike retired from the post in April and was tasked with heading up the search for a new chief to lead the department going forward.

Krueger vetted a pool of candidates and has arranged for the four finalists to be interviewed July 20. The finalists include Gary Crandall, retired from the St. Clair Shores Police Dept.; Jeffrey Daniel of the Shelby Twp. Police Dept.; Robert Trupiano of the Memphis Police Dept.; and Brett Selby of the Southgate Police Dept.

Those due to take part in the interview process include Lapeer County Sheriff Scott McKenna, Michigan State Police Lapeer-Post Commander F.Lt. Thomas Kish, and Imlay City Manager Craig Horton. Krueger said the intent was to have a new chief on the job by early August.

Krueger, when contacted on Friday, chose not to comment in regards to his resignation.

Horton couldn’t be reached for comment by press time as it relates to the interim position.

Earlier this year city officials began exploring the option of disbanding the Imlay City Police Department and contracting with the Lapeer County Sheriff’s Department for law enforcement services as a cost-savings measure. That option was not favored by most residents who spoke out against the proposal and city commissioners eventually voted to not pursue an agreement with the sheriff’s department.

As of Friday, July 9, Imlay City Police officers were still working under the terms of their former contract, which expired on June 30.

City officials are reportedly in the process of negotiating a new contract with the Imlay City Police Dept., which is represented by POAM (Police Officers Association of Michigan).

POAM provides labor-related services to police officers through the processes of contract negotiations, filing grievances and legal and legislative matters.