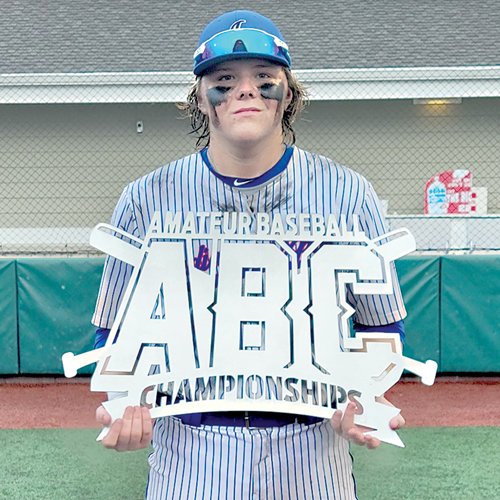 Almont’s Kylar Fisher helped his team to a first-place showing at a tourney in Indiana.

The team began tournament action with a 3-2 loss to Cangelosi Sparks 17U White on Wednesday.

Later that day, they bounced back with a 7-4 win against Commonwealth Express Goins.

Thursday’s play saw the team notch a 10-0 victory over Adidas Academy Wissler 17U.

The following day the Indiana Expos 17U baseball team registered a 6-4 triumph against Brownlee Lookouts Everole 17U.

Saturday’s contest saw the team earn a 14-0 win over Rawlings Tigers Velo 17U.

Those outcomes placed the Indiana Expos 17U baseball team in the Gold Division.

It was there Indiana Expos 17U baseball team started things off Sunday with a 5-3 quarterfinal win against Indiana Bulls 17U Gray.

They then handed Indiana Bulls 17U White an 8-1 semifinal setback.

The team then battled Illinois Indians Tribe 17U for Gold Division honors next.

When that encounter drew to a close, Indiana Expos 17U baseball team left the field with an 8-7 victory to their credit.

Fisher completed the tournament with a .238 batting average and a .428 on-base percentage. He also contributed nine RBI and four walks to their cause.