She laid the foundation for those accolades by generating a .600 average, collecting 43 singles, 18 doubles, one triple and one homer in 105 at bats. Her level of plate proficiency was best among all Tri-City players. 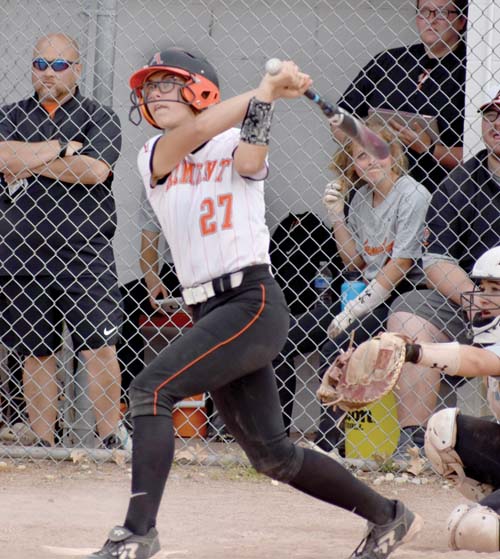 Almont’s Devin Johnston connects on a pitch during a game this spring. Johnston earned a spot on the Div. 2 All-State first team softball lineup.

She is joined on the squad by: