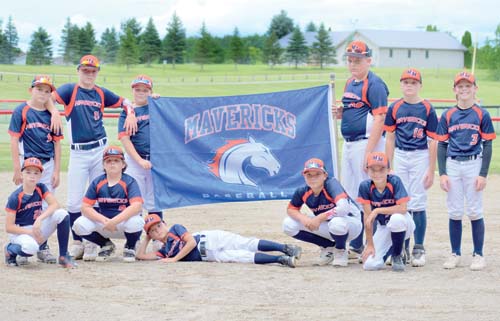 TRI-CITY AREA — The Michigan Mavericks 11U baseball team claimed a second-place finish at a tournament in Saginaw recently.

The squad began tournament play on Saturday, June 19 with a 12-2 win against the Michigan Cyclones.

Later that day, they improved to 2-0 with a 6-2 victory over Saginaw Sugar Beets Boell.

That placed them in the title game where Michigan Lumberman provided their opposition.

When the final out was registered, Michigan Lumberman prevailed via a 12-2 count.