Company shuttered since April 2021 in Capac

CAPAC — Now that production has ceased at the Keihin Michigan Manufacturing plant, the village has opted to revoke all tax exemptions associated with the business and property on Koehn Road.

The village council, at their May 17 meeting, adopted a resolution to that affect.

All existing industrial facilities exemption certificates previously granted to the business, including those for real and personal property, have been rescinded.

All operations at the plant ceased in April 2021. In February 2020, management and employees at Keihin Michigan Manufacturing in Capac were informed that the plant would be shutting down the following year.

Since then, the company gradually reduced its workforce of approximately 165 associates.

Keihin Michigan Manufacturing, a subsidiary of Honda, had been in operation in Capac since 2008. 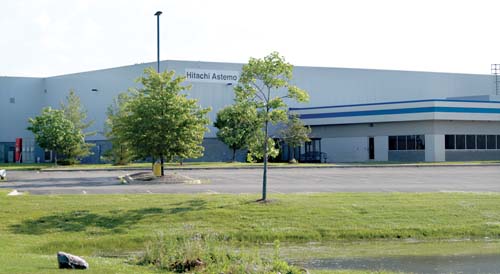 The parking lot at the former Keihin Michigan Manufacturing plant has been empty since production ceased at the Capac facility in April of this year.

In late 2019, Honda and Hitachi merged four of their car parts businesses to create an independent components supplier with Hitachi owning two-thirds of the new entity and Honda owning one-third.

The company cited sales reductions and dramatic changes affecting businesses in the automotive industry as reasons for the plant’s closing.

According to St. Clair County property records, Keihin Michigan Manufacturing is still the owner of record for the facility on Koehn Road. Before the closure, signage on the building was changed to “Hitachi Astemo.”

The company’s website notes the property encompasses 27 acres of land and the building covers 123,000 square feet of manufacturing floor space. It does not appear the facility is currently available for sale or lease.