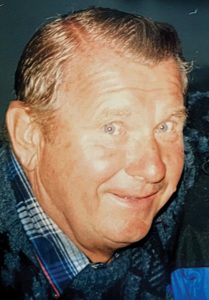 Stephan Manko Sr., 90, of Almont passed away peacefully and surrounded by his wife and children on Monday, May 31, 2021. Steve was born July 25, 1930 in Ukraine, the middle son of Aleksander and Anna Manko. To escape the Russian and German forces, he immigrated to the United States via England in 1951. After studying to be a mechanic, Steve decided to enlist in the U.S. Army and served in the Korean War. After his service he and his parents started a mushroom farm in Troy, MI, expanding to Washington, MI and finally setting upon a permanent location in Almont, MI. The farm in Almont served as a local employer and landmark for 40 years and grew mushrooms for Little Caesars of Flint and La Grasso Bros. at Eastern Market. In retirement he was the best Grandpa on earth and could be found woodworking and in his garden.

Steve is survived by his wife, Nadja; and three children, Anna (Jeff Kulie) Manko, Steve Jr., (Cindy) Manko and K. Luba (Taras) Sawka; six grandchildren, Maria, Nadia, Thomas, Taras, Pavlo and Maksym; and one special grand dog and companion, Ollie.
In lieu of flowers, the family requests a donation in Steve’s name be made to the Parkinson’s Foundation (parkinson.org) or Folds of Honor (foldsofhonor.org).