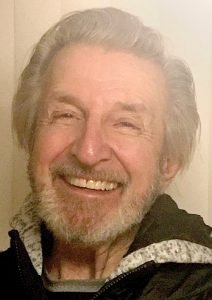 Reese Kittle, age 80, of Arcadia Township/Lum, MI died Sunday, June 20, 2021 at William Beaumont Hospital of Troy, MI. Reese Eldon Kittle was born December 19, 1940 in Lum (Arcadia Twp.), MI. He was the son of the late Frank and the late Katheryn (Lovell) Kittle. Karen Kittle died on February 1, 1997. Reese lived most all of his life in the Lum area. He was a graduate of Imlay City High School, Class of 1960. He married Karen Lou Garver on December 26, 1970 in Gladwin, MI.

Reese worked at A.C. Spark Plug in Flint as a Skilled Trades – Welder for 34 years. He retired from A.C. Spark Plug in early 2000s. In his spare time, he also worked part-time at Williams Gun Sight in Davison. Reese was always interested in cars and motorcycles. He enjoyed cutting wood and being out-of-doors. He was a member of the Imlay City Alumni Association. He belonged to the UAW and the NRA. Dad had more fun than any human being should be allowed!

He was preceded in death by his wife, Karen Lou Kittle.

A private family graveside service will be held for Reese and burial will follow in Arcadia Township Cemetery, Lum, MI.

Please be sure to sign the online register book at muirbrothersfh.com to share your memories and condolences with the Kittle family.