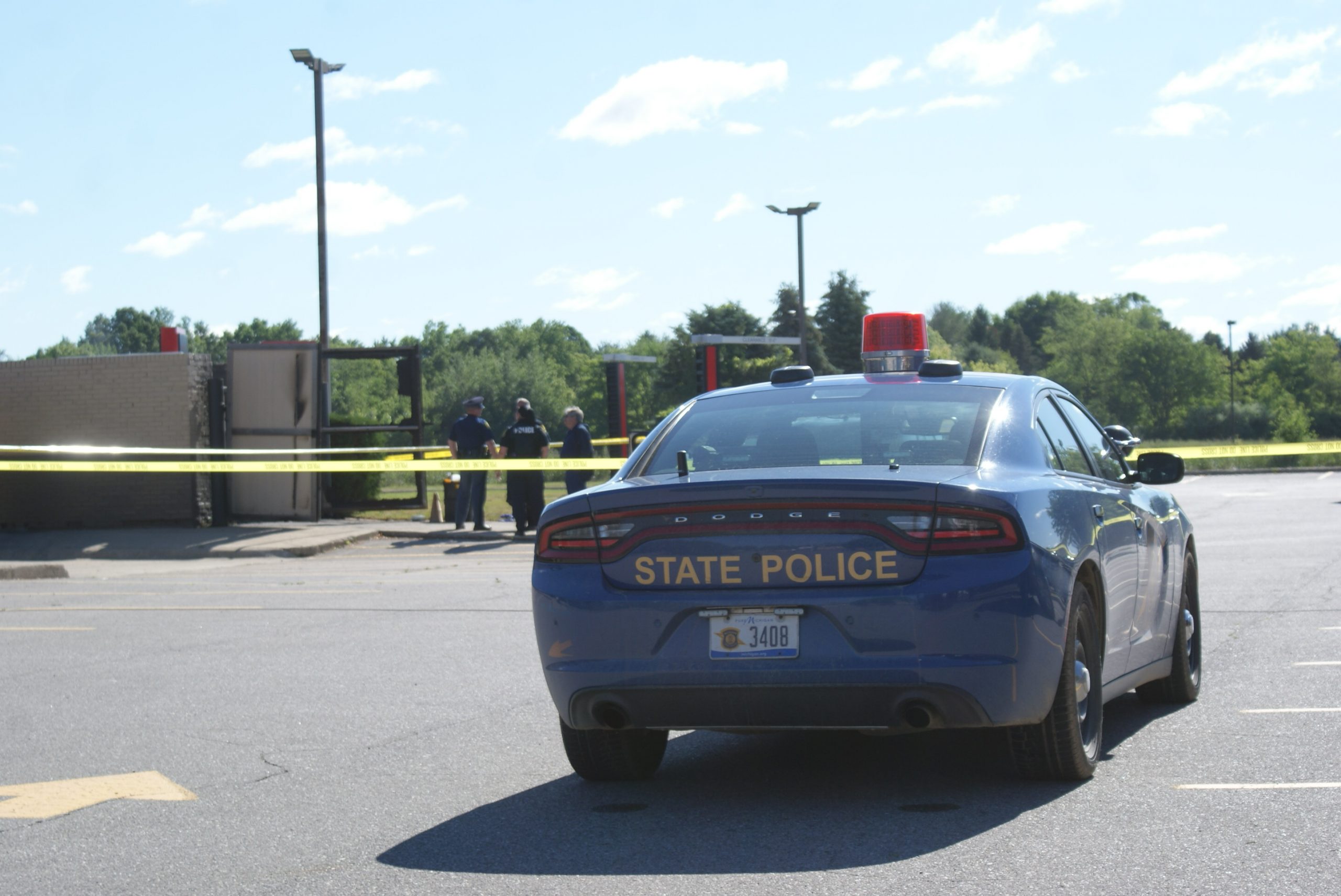 Law enforcement officers are pictured at the location, where a deceased man’s body was discovered on Tuesday morning. The cause and circumstances of the man’s death is being investigated.

IMLAY CITY — Local police agencies continue to investigate the death of an unidentied man whose body was found early Tuesday, June 22, near a dumpster behind the Imlay City Burger King on Cedar Street.

Police said the man’s idenity and cause of death are not available, pending the results of an autopsy and notification of kin.

Interim Imlay City Police Chief Ron Krueger said that at around 3 a.m., a passing motorist called 911 and reported to Lapeer County Central Dispatch what appeared to be a dumpster fire at the location.

Krueger said Imlay City police and firefighters responded to the scene, where they found the man’s body laying close to the dumpster.

Though the investigation is ongoing and incomplete, Krueger surmized that the
man may have been homeless and seeking warmth and shelter as temperatures dipped
into the 40s during the night.

As of press time, there was no evidence or presumption of foul play in the man’s death.

Krueger added that attempts are being made to contact the man’s next of kin.