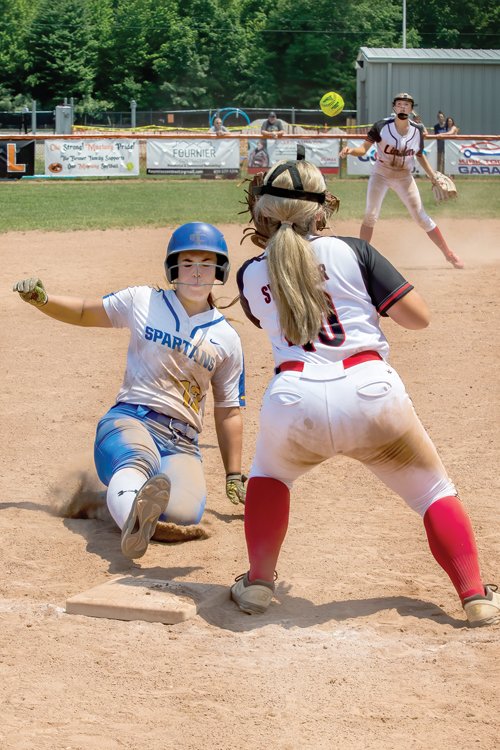 Imlay City’s Natalie Stone arrives safely at third base on a bunt by Aibigail Thibodeau versus Linden.

Clio High School is where the contest took place.

With the decision, Imlay City watches an outstanding 27-14 campaign reach an endpoint.

In Saturday’s battle, Imlay City spotted Linden (the eventual regional champions) a 3-0 edge after one inning.

The second inning would see Imlay City counter with a 2-0 advantage, closing the gap to 3-2.

That was followed by a scoreless third inning of play.

Linden followed it up with a 3-1 fifth inning advantage, widening the gap to 9-3.

Imlay City then countered with a 1-0 sixth inning, pulling to within 9-4.

That would prove the last runs either side would accumulate.