CAPAC — The village’s annual summer festival returns on Saturday, June 26. Instead of the usual two days, the 2021 event will pack lots of fun into one day, officially making it Capac Day.

This year all events and attractions are free of charge, Capac Chamber of Commerce organizers say. The main events include a parade, fireworks show and live music along with activities for families. 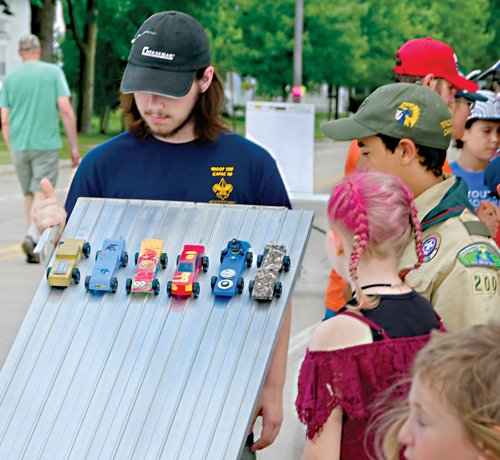 A Pinewood derby competition is on tap and participants can get a car kit from the Capac Library.

The festivities start with a pre-carnival party for kids at the American Legion Hall starting at 11 a.m. The inflatables and midway open at noon and there’s no cost to jump or ride. Noon is also when the celebration tent opens on Main Street between Meier and Mill.

A new activity on the schedule this year is a pinewood derby race, also slated to begin at noon.

“Kits are available at the library and they’re free,” said organizer Mary Rilley.

“All participants need to do is sign up and they’ll get a kit.”

Choice One Bank is sponsoring a candy scramble and that will take place on Main Street in front of their building beginning at 1:15 p.m. Also at the time, face painting will be offered at the Legion Hall.

At 2 p.m. Jason Abbott the Magician will perform on stage.

A scavenger hunt is slated for 4 p.m. Kids interested in participating are asked to meet in front of the Legion Hall at that time.

Young artists are being encouraged to participate in a 5:30 p.m. chalk drawing contest at Main and Mill streets. Chalk will be provided and the contest’s theme coincides with that of the parade–Hometown Heroes.

The Hometown Heroes parade starts at 7 p.m. Rilley said organizers want to honor local heroes, including military veterans, firefighters, paramedics, police officers, those in the medical field and others. Any hero interested in being in the parade is asked to contact her at 810-650-9744.

Following the parade, live music will be found on stage.

A grand fireworks show will then take place at dusk from the Capac Elementary School grounds.