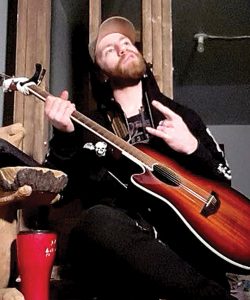 Joel Ryan Albert, 25, of Capac, passed away Tuesday, June 8, 2021 at Wm. Beaumont Hospital in Royal Oak. He was born May 5, 1996 in Warren, the son of Gary and Lori (Dusablon) Albert. Joel was a 2014 graduate of Dryden High School.
He worked at Jac Products in Warren as well as Tiseo’s Pizza Dough in Sterling Heights.

Joel had a great love for music, always playing his guitar or singing a song from his heart that fit his current mood. He also truly enjoyed riding his Harley Davidson, whether alone or with a group of friends. He had the biggest heart and loved everyone.

He was preceded in death by his mother, Lori Albert; and uncle, Kenny Dusablon.