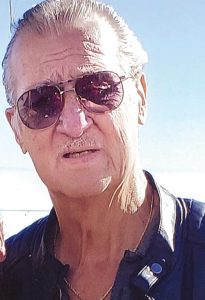 Dale Rottman, Sr., 77 of Hope, formerly of Almont, MI, passed away at his home peacefully after his battle with cancer on Tuesday, June 8, 2021. He was born January 4, 1944 in Centerline, MI, to Norman and Gabriella (VanHaverbeck) Rottman. On July 25, 1964, he married Diane Farchone in Detroit, MI. Dale grew up in Sterling Township working at the family owned gas station. He was a tool and die maker for Pontiac Motor and Ford Motor Company for over 31 years. Dale’s love for his family could only be met by his passion for his 1968 3-speed Corvette and his Harleys. His admiration for collecting and restoring things to their original beauty gained him numerous friends and acquaintances. He was a member of Our Lady of Grace Catholic Church in Edenville, MI, where he met his second family from AA, which was his life support.

He was preceded in death by his wife of 52 years, Diane; parents, Norman and Gabriella Rottman; brothers, Norman, Joseph and Francis (Butch) Rottman; sisters-in-law, Connie and Shirley Rottman; and brother-in-law, Don Armstrong.

Cremation will be taking place, with a burial of the ashes at New Hope Cemetery at a later date.

Arrangements are in the care of Hall-Kokotovich Funeral Home. www.hallkokotovichfuneralhome.com