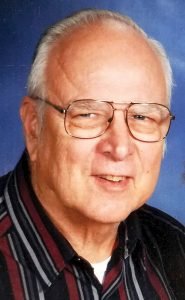 William “Bill” Siemen, age 76, of Imlay City and formerly of Harbor Beach passed away Wednesday, June 2, 2021 surrounded by his family at Henry Ford Hospital in Clinton Township. He was born February 23, 1945, the son of Sylvester and Lena (Essenmacher) Siemen in Harbor Beach. Bill graduated from Our Lady of Lake Huron in Harbor Beach in 1963. After high school, he began his career as a die caster, working his way up to Die Cast Supervisor and then changed careers to CNC Machinist. Bill retired in 2006. He met the love of his life, Betty Rutkowski, and they were married September 17, 1966 in Parisville.

Bill really enjoyed woodworking and cabinetmaking, while his wife Betty would help with staining and finishing. He frequently played euchre and pinochle with family and friends. Bill liked to watch college football and Tigers baseball. Most of all he loved spending time with his children and grandchildren.

Memorial donations can be made in Bill’s name to St. Cornelius’ CSA.