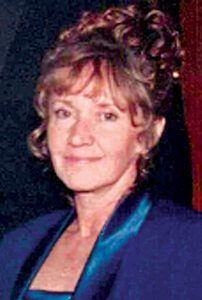 Norlyn Parisot, 72, of Riley Township, passed away unexpectedly and went home to Heaven on May 27, 2021.

Norlyn was born May 5, 1949 in Highland Park, MI, the daughter of Norwood and Jacklyn (Pryor) Weiss. In her early life, she lived in Farmington Hills and then moved to Roseville to start a family after she married her soulmate, Bernard Parisot, on July 17, 1970.

She was a licensed beautician, and office administrator for Roseville school district. She loved spending free time with her husband and enjoyed traveling with her family, snowmobiling, sewing, puzzles, fishing and birdwatching.

She was preceded in death by her parents, Norwood and Jacklyn; and her brother, Gary Weiss.

A celebration of Norlyn’s life and funeral services were held last week at Kaatz Funeral Directors in Richmond.