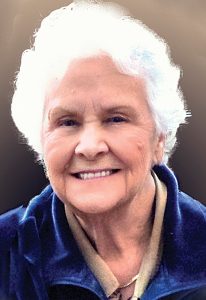 Loretta and Franklin raised their children in Grundy, VA before moving to Warren. Following fifteen years in the Warren area, she moved her family to Capac and lived there for over fifty years. Loretta was a homemaker but also worked as a caregiver. She enjoyed gardening, tending to her flowers and vegetables. Loretta was a master gardener and florist, operating her own flower shop for a time. She was a devout Christian of the Baptist faith and always put her love of family before everything else.

She was preceded in death by two brothers and five sisters.

The funeral service was held at Grundy Funeral Home of Southwest Virginia. Interment will be in the Stiltner Family Cemetery in Grundy, VA.

Family and friends may share memories, prayers, and photos with the family at www.kranzfuneralhome.com.