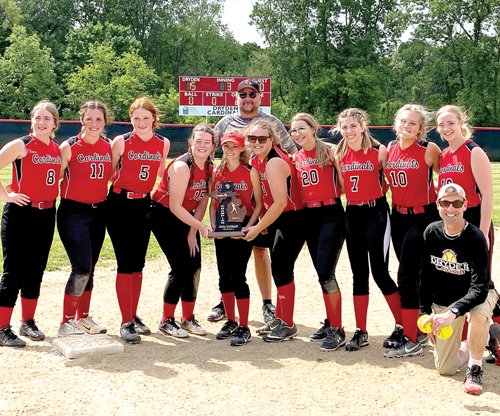 The Dryden softball team takes time out for a photo after winning a district at home last Friday.

DRYDEN — The Dryden varsity softball team rolled to a 15-0 victory over Genesee in the championship game of their Division 4 district last Friday.

It marked the second straight top district finish for Dryden, which also earned those accolades in 2019 (their 2020 season was called off due to the pandemic).

With the outcome, Dryden moves on to Saturday’s Division 4 regional hosted by Unionville Sebewaing. There Dryden will square off versus Kingston in a semifinal clash set for noon.

Weiss was the winning Dryden pitcher. She allowed just one hit over three innings and struck out seven.