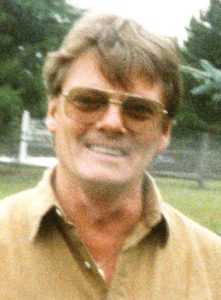 Donald Eller, age 82, of Attica, MI died Friday, June 4, 2021 after a short illness at his home. Donald Gordon Eller was born August 17, 1938 in Ferndale, MI. He was the son of the late Harry Walter and the late Isabelle Malcomb (Hamilton) Eller. Don grew up in Troy, MI. He married Sue Ann Phillips on August 25, 1984 in Fair Haven, MI. Don and Sue moved to the Attica / Lum area several years ago.

Don was the self-employed owner of the Eller Corporation in Sterling Heights for 50 years. At the Eller Corporation, prototypes of gauges and fixtures were designed and built for the robotics that were used in production in the automobile industry. Don has always been involved with cars. Don enjoyed collecting classic cars; he has been a member of nearly 35 different car collection clubs. He and his wife have traveled all over the country touring the different car shows and Concours d’Elegance around America.

Please be sure to sign the online register book at www.muirbrothersfh.com to share your memories and condolences with the Eller family.