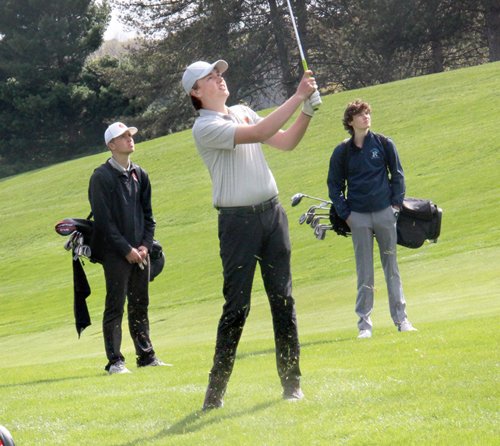 Jack Jellison, of Almont, follows through on a shot during a BWAC clash this season.

Jack Jellison led Almont with a 72 over 18 holes that day. His effort was the second best overall round.