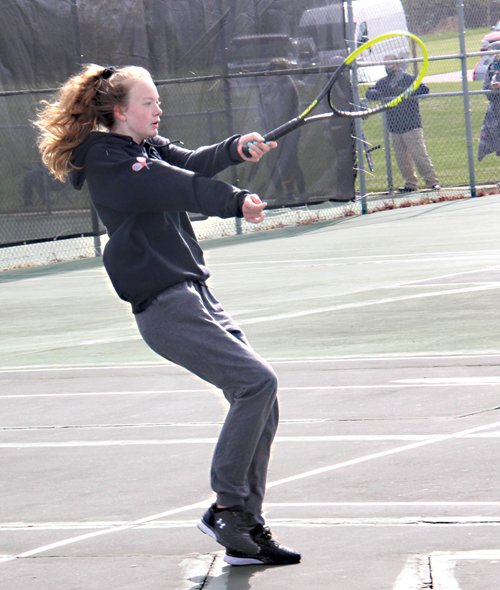 Kaylee Brown, of Almont, returns a shot during her match at second singles. Brown netted a second place in her flight.