In the opener, Almont notched a 5-0 victory over Brandon. 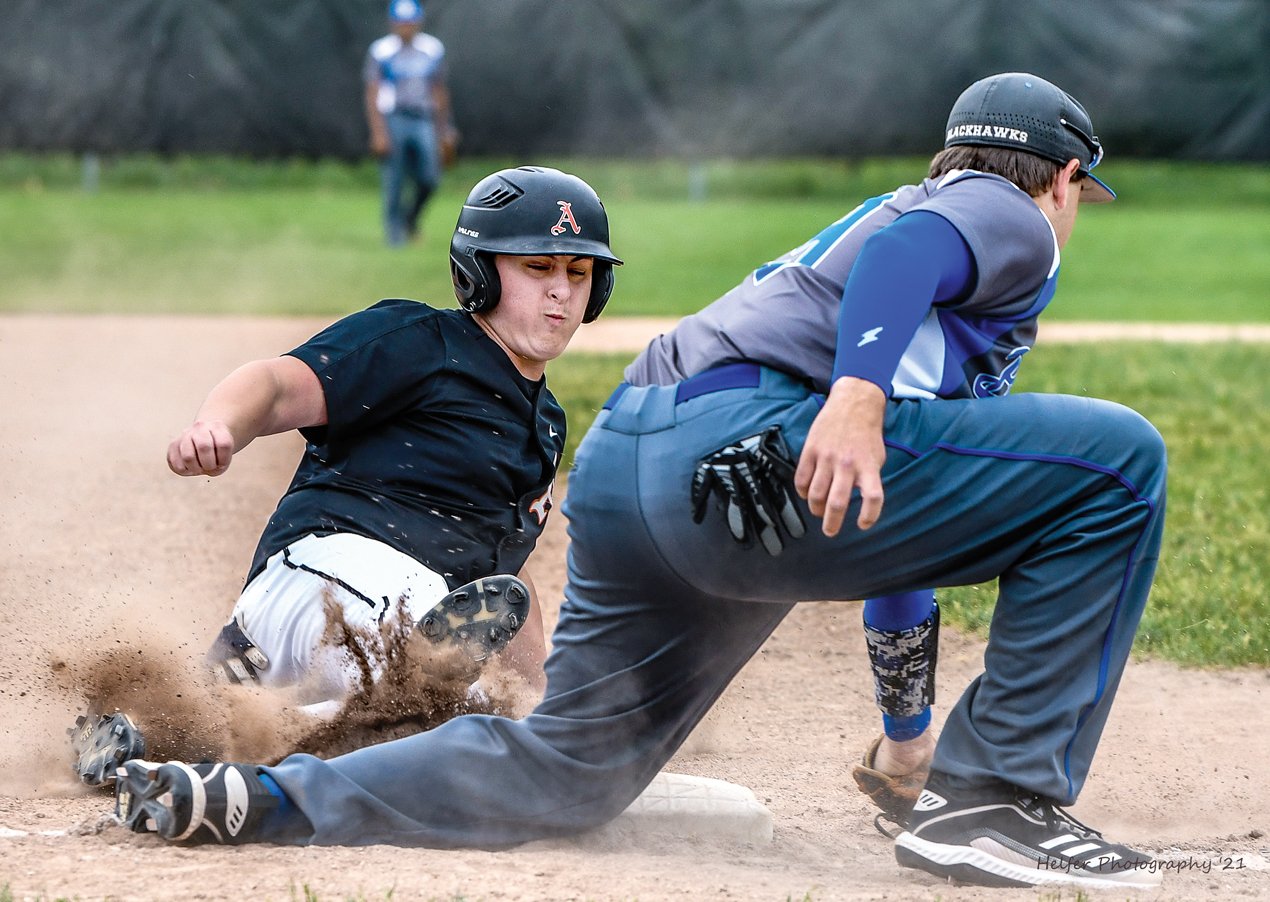 Dawson Maxlow, of Almont, arrives safely at third base during a game versus Ortonville-Brandon last week. Photo by Helfer Photography

In the second game, Almont registered a 12-4 triumph against Brandon.

There Almont bolted out to an 11-3 advantage after one inning was done and never looked back.