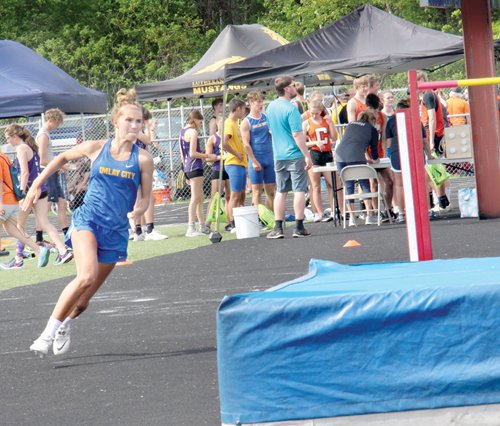 The top two placewinners in each event plus anyone who equals or improves on a state set time, height or distance moves on to the Division 2 state finals June 4 in Zeeland.

The Imlay City 3200 relay of Mary Lengemann, Ana Lengemann, Elizabeth Sliman and Jessica Denver took first as well. They were timed in 10:04.41.

Denver supplied Imlay City’s other state-qualifying effort. Her 800-meter run clocking of 2:20.19, a school record, paid off with a second.

The Imlay City 1600-meter relay of Mary Lengemann, Ana Lengemann, Sliman and Denver were also fourth. They needed 4:19.96 to cover the territory.

The Almont 400-meter relay of Elly Schapman, Paige Feldman, Emily Kwierant and Johnston wound up third as well. They were timed in 53.29 seconds.