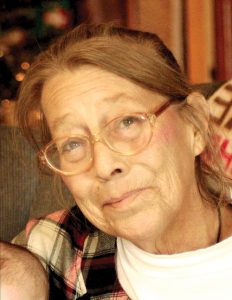 Alice Revell, age 63, of Imlay City, MI died Sunday, May 23, 2021 at McLaren Lapeer Region Hospital of Lapeer, MI. Alice Marie Martin was born February 19, 1958 in Mt. Clemens, MI. She was the daughter of the late LaVern Martin, Sr. and the late Maida (Davison) Martin. Alice grew up and lived in Imlay City. She lived in Clare, MI for a while, where she raised her daughters. She earned her GED in 1994 in Clare, MI.

She was mostly a homemaker, raising her family, but was employed at several different companies through the years.

Alice was a former Imlay City Eagles member. She loved to spend time with her children, grandchildren, family and neighbors.

Alice was preceded in death by her parents, LaVern and Maida Martin; sisters, Nancy Orlowski Kutchey and Shirley Edlin; and her brother, LaVern Martin, Jr.

Cremation has taken place. A memorial is being planned for a later date.

Please be sure to sign the online register at muirbrothersfh.com to share condolences and memories with the Revell family.