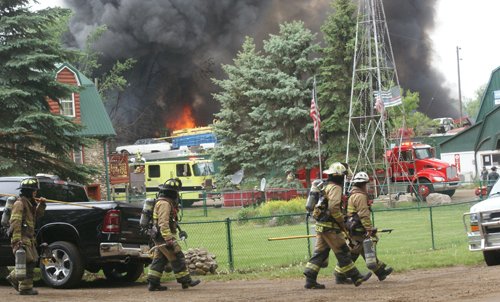 By the time they arrived at the scene, emergency personnel encountered flames and thick dark smoke emanating from the business’s shop area.

Neighbors said they could hear intermittent explosions and “popping noises” coming from the area of the fire; possibly the sounds of exploding propane cannisters.

Lapeer County Sheriff’s deputies at the scene said no one was injured, but that damage to the affected structure appeared to be a total loss.

Some emergency personnel estimated it could take many hours to fully extinguish the fire. Meanwhile, the section of roadway was closed to traffic north of Ostrom Rd.