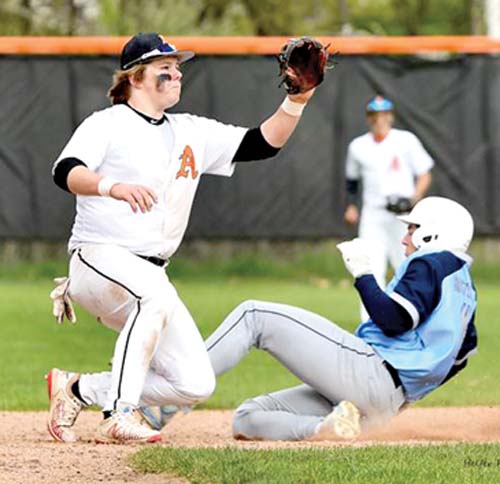 Almont’s Kylar Fisher looks to put the tag on a Richmond foe. Photo by Helfer Photography

In Wednesday’s confrontation, Almont took a 1-0 edge after one inning was over with.

The next inning was scoreless.

Richmond then countered with a 1-0 third inning advantage, making it 1-1.

The next two innings would prove scoreless.

Inning number six would see Almont collect one run and Richmond manage none, staking themselves to a 2-1 edge.

That was followed by a scoreless seventh inning as Almont held on for the win.

Stine got the win for Almont, with relief help from Kylar Fisher. They allowed four total hits, struck out five and walked four.