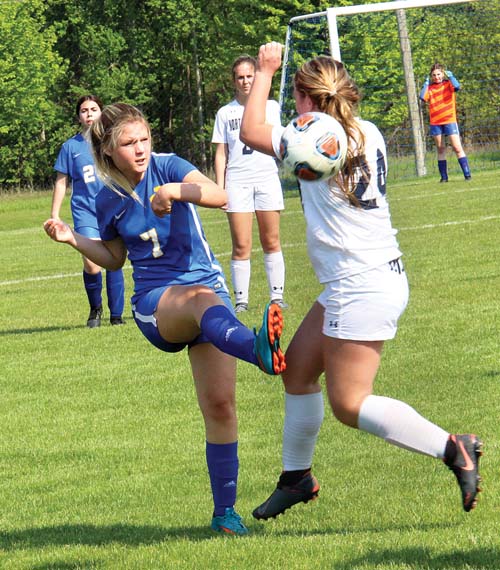 There North Branch used a 4-0 opening half advantage and a 4-1 second half edge to prevail.
Jessica Peters supplied the lone Imlay City goal. Her effort was assisted by Mary Kaminski.