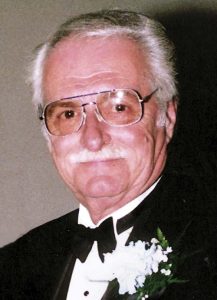 Daniel August Tremblay, age 82, of Brown City passed away Tuesday, May 11, 2021 surrounded by his family. He was born July 10, 1938, the son of August Julien and Alma Marion (Cadieux) Tremblay in Detroit. Daniel graduated from Denby High School in Detroit. He served in the U.S Army. He met and married the love of his life, Geraldine Gavlinski, on September 23, 1976. He worked at Modern Prototype in Troy where he built prototype cars. Daniel always enjoyed going to his family’s lake house at Lakeville Lake. He enjoyed fishing and hunting in the outdoors. He was always tinkering and building things. Folks would say he was meticulous in all that he did. Daniel was always very dapper in his dress. He will be missed by everyone he knew.

Daniel is survived by his children, Todd Tremblay of Brown City, Leonard Lolmaugh of Memphis, Gail Bonin of Jacksonville, FL, Allen (Sheryl) Lolmaugh of Shelby and Eileen (Anthony) Corby, II of Marlette. He is also survived by 18 grandchildren and 37 great-grandchildren.

Daniel was preceded in death by his wife, Geraldine Tremblay; his parents; his son, Lawrence Lolmaugh; and his sister, Yetieve Gaffke.

Please be sure to share a memory of Daniel on his Memory Page at www.muirfh.com.