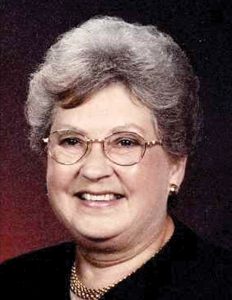 Loredo “Reda” Hurttgam, age 85, of Imlay City, MI died Tuesday, May 4, 2021 at United Hospice Residence of Marlette, MI. Loredo Bess Sutton was born October 17, 1935 in Wardell, MO. She was the daughter of the late Revis and the late Mabel (Wyatt) Sutton. Reda grew up in Mt. Clemens, MI. She attended night school and earned her GED from Mt. Clemens High School. She married Russell Dean Hurttgam on April 19, 1952 in Mt. Clemens, MI. Reda and Russell lived in Chesterfield and Yale, MI until his death in 2011. Reda then moved to the Imlay City, MI area.

Reda was a member of Family of Christ Lutheran Church in Imlay City, MI. She was part of the women’s prayer team and Lutheran Women’s Missionary League. Reda loved her church family.

Rita was preceded in death by her husband, Russell Hurttgam; and her siblings, Doris, Betty, Mary, Charles and Martha Jane.

Please be sure to sign the online register at muirbrothersfh.com to share condolences and memories with the Hurttgam family.