Kingsbrook catches up on water bill

Kempf reported that the mobile home park’s owners had recently made payments to the village for past due water and sewer bills, meaning that they were then current with a payment plan drafted in March.

The overdue bills were a concern for councilmembers and had prompted discussions of a possible water shut off for Kingsbrook residents. The company was late in making their first two payments and then proposed changing the terms of the agreement.

Kempf said that the park’s owners paid the balance of their third installment, plus the entirety of the fourth installment, in recent days. Per the terms of the agreement, they will be required to pay another $14,000, each on May 20 and June 3, to complete the payback. As of May 10, they will also owe more than $43,000 for their current quarterly bill. 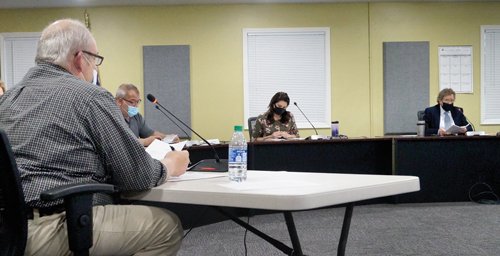 Councilmember Jim Aleck, who had argued the village should take a strong stand against the company, said he “was very happy” that progress was being made.

Previously, he had said he would advocate for turning off water service to the park in June if no efforts were made by Kingsbrook owners to start making payments again.

At Tuesday’s meeting, both Council President Steve Schneider and President Pro-Tem Tim Dyke stressed that shutting the water off would pose a serious safety issue, especially as it related to having water access in case of a fire.

“We can’t put residents in dire straits. We can’t shut off the hydrants without a back up plan,” Dyke said.

Schneider agreed saying, “the fire issue makes it unconscionable to do a shut off.”

More than a dozen Kingsbrook residents were in attendance but none opted to speak.

Per the terms of the agreement, the council had agreed to waive 50 percent of the more than $4,479 in penalties if the installments were made on time. Because that didn’t happen, the council confirmed Tuesday that the entire penalty will now apply.