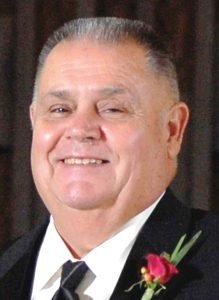 He proudly served in the Michigan National Guard and spent summer deployments at Camp Grayling. Joe was a self-employed commercial and residential builder. He started Capac Construction in 1965. Joe did thousands of projects through the years.

Joe had many pastimes and enjoyed collecting things. His favorite pastime was spending time with his grandchildren. Joe liked to bowl at Cedar Lanes and vegetable gardening.

A Rosary service took place on Friday, May 7.