Raiders breeze past the Spartans 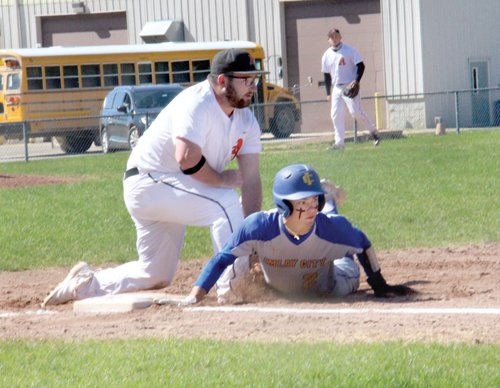 In the opener, Almont obtained a 16-1 victory over Imlay City.

Idyle was Almont’s pitcher of record, prevailing with relief help from Cody Koval. They gave up five total hits over four innings, struck out three and walked none.

Zack Dingwell paced Imlay City with a pair of singles. Ricky Guerrero, Xander Nolin and Griffin Wagester added a single each to the Spartans’ cause.

In the second game, Almont registered a 17-1 triumph against Imlay City.

Donovan Galovich led Almont with four singles. He was given assistance in the hitting department by Hunsaker (two singles) plus Trenton Kruse, Mathew Dwyer, Bunch, Koval and Houvener (a single apiece.

Hunsaker was the winning Almont pitcher. He allowed one hit over three innings.