The Almont 400-meter relay of Claire Taylor, Montserrat Coronel, Feldman and Johnston took first as well. They were timed in 55.23 seconds.

The Almont 800 relay of Elly Schapman, Emily Kwierant, Paige Feldman and Johnston placed third on the strength of a 1:57.52 clocking.

The Almont 1600-meter relay of Haley Dempz, Valarie Sullivan, Schapman and Kwierant registered a fifth as well. They were timed in 4:54.79. 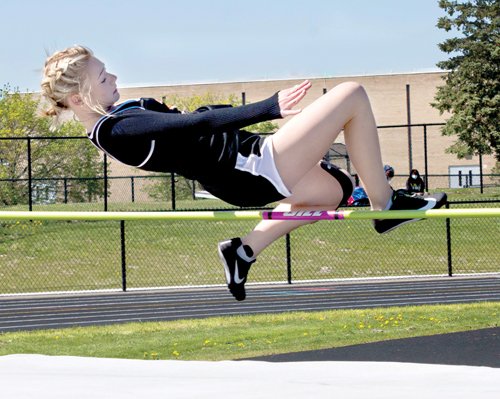 The Imlay City 1600 relay of Sydney Livingston, Sliman, Kapushinski and Denver pulled up second as well. It took them 4:37.84 to accomplish the feat.

The Imlay City 3200-meter relay of Alice Johnson, Denver, Livingston and Sliman generated a third as well. They stopped the watch at 10:50.8.

The Imlay City 800 relay of Abigail Thibodeau, Sliman, Livingston and Kapushinski wound up fifth as well. They stopped the watch at 2:02.37.

In addition to that, Thibodeau took an individual event eighth with a 100-meter dash time of 14.78 seconds.