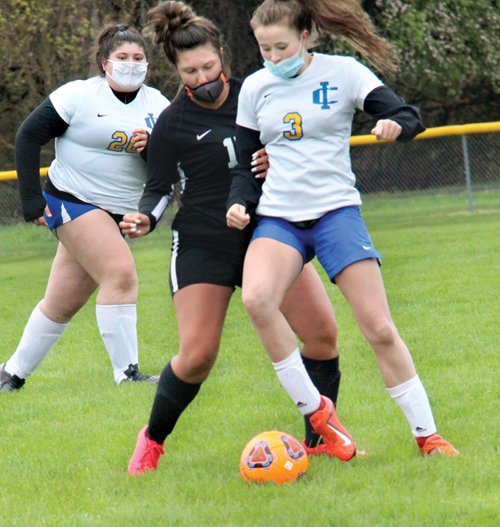 Hannah Schuchard led Almont with a three-goal performance. Sophia Griffiths, Jesse Kautz and Madi Cafek added a goal each for the Raiders.