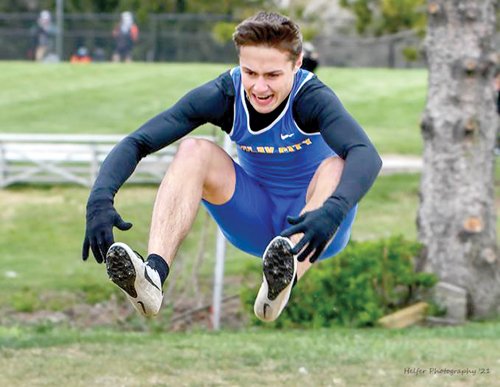 Jager Land, of imlay City, competes in the long jump during a meet in North Branch. Photo by Helfer Photoraphy

North Branch is where the action unfolded.

Imlay City also squared off versus North Branch that day.

When the final scores were added up, North Branch picked up a 98-38 victory over Imlay City.

In the other dual contested that day, North Branch handed Almont a 121-14 setback.