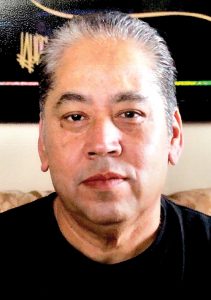 Samuel Ruiz, age 59, of Imlay City died Monday, April 19, 2021 at McLaren Lapeer Region Hospital of Lapeer. Samuel Medrano Ruiz was born May 19, 1961 in La Calera, Guanajuato, Mexico. He was the son of the late Refugio and the late Elisa (Medrano) Ruiz. Samuel lived in Chicago, IL and Goshen, IN before moving to Imlay City, 30 years ago. He married Elva Leon on May 2, 2000 in Estancia de San Jose del Carmen, Guanajuato, Mexico.

He owned and operated La Calera Grocery and Ruiz’s Taqueria, a grocery store and restaurant, respectively, on 3rd Street in Imlay City for many years.

Please be sure to sign the online register at muirbrothersfh.com to share condolences and memories with the Ruiz family.