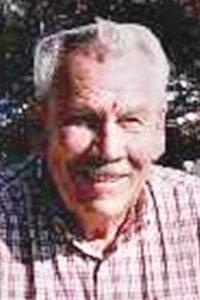 Roger McCoy, age 80, of Almont, MI died Tuesday, April 20, 2021 at Henry Ford Macomb Hospital in Clinton Twp., MI. Roger Herman McCoy was born April 26, 1940 in Omar, WV. He was the son of the late Oliver and the late Lois (Helvey) McCoy. Roger grew up in the Washington Township area. He was a graduate of Romeo High School, Class of 1959.

He was employed as a truck driver, both locally and over-the-road, long haul. Roger was employed by various companies through-out the years: Redway, Branch Motor Freight, American Motor Lines and Alco Trucking.

Roger was a member of the Teamsters Union and part of the Silver Grill “Conversation Club.” He loved to farm and farmed in the Almont area.

Roger was preceded in death by his parents, Oliver and Lois McCoy; and sisters, Betty Kelley and Barbara McCoy.

Please be sure to sign the online register at muirbrothersfh.com to share condolences and memories with the McCoy family.