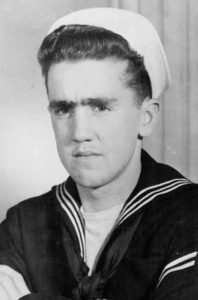 Joseph Cornish of Capac was received into the loving arms of Jesus peacefully on Saturday, April 24, 2021 surrounded by his family. He was 86 years of age.

Joseph was born in Detroit on July 29, 1934, son of the late John and Alfreda (Forton) Cornish. He was united in marriage to his first wife Sharon Dygert in 1959. He was later united in marriage to Phyllis Wilhoite in 1981. The couple first lived in Sterling Heights and later moved to Capac.

Joseph had a love for cards, especially euchre and poker. He also loved early western movies, especially starring John Wayne. You could always find Joseph working outside to keep his yard beautiful, catching the sun’s rays and listening to country music from the ’50s and ’60s. He has passed on his tremendous love of the outdoors to his children, grandchildren and great-grandchildren. His sense of humor will be treasured by all who knew him.

Joseph is preceded in death by his sister, Francine; brother, Jimmy; and his parents.

The funeral services were private. Please share a memory of Joseph on his memory page at www.muirfh.com