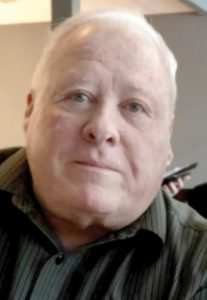 Harold “Mike” Rock, age 76, of Imlay City, MI died Sunday, April 25, 2021 at McLaren Lapeer Region Hospital. Harold LeRoy Rock was born February 5, 1945 in Port Huron, MI. He was the son of the late Harold and the late Erma (Hall) Rock. Harold grew up in Memphis, MI. He attended school in Romeo and graduated from Romeo High School later in life. Harold married Beatrice Kaye Broughton on January 20, 1967 in Memphis, MI. He was known by most everyone as “Mike.”

Mike retired from Ford Motor Engine Plant – Romeo as a machinist in 2002. He helped build the Shelby Mustang engines at the Romeo Ford Engine Plant. Mike had been an assistant football coach for the Imlay City High School team when they made their run at the Silver Dome. He continued to take statistical information for the team for several more years. Mike had attended the Imlay City Assembly of God and recently the Imlay City Church of the Nazarene.

Mike came from a big blended family of brothers and sisters. His siblings came from ‘his,’ ‘hers,’ ‘theirs’ and ‘more.’ His stepdad came into his life and family with Jack, Jidder, and Joan. His mother already had Mike, Penny, John, Luan and Pete. His ‘Pa’ and mom had three more children, Debbie, Wayne and Tony; and then there were five foster children, Darlene, Bill, Ellen, Richard and David.

He was preceded in death by his parents, Harold Rock, James Hinson and Erma Rock Hinson; a brother, John; and a sister, Penny.

A memorial service will be held at 11 a.m., Wednesday, April 28, 2021 at Gateway Assembly of God, 2796 S. Van Dyke, Imlay City, MI. Pastor Jeff Krist and the church staff will officiate and minister to the family.

Due to recent health concerns of the COVID-19 pandemic, social distancing (six feet apart), masks (to be worn at all times), and limited occupation of the facility will be enforced.

The Rock family has entrusted Muir Brothers Funeral Home of Imlay City to arrange for the cremation of their beloved, Mike.

Please be sure to sign the online register book at muirbrothersfh.com to share your memories and condolences with the Rock family.