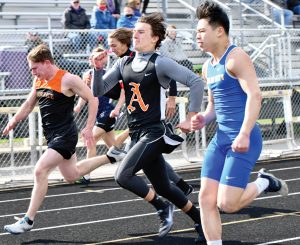 TRI-CITY AREA — The Imlay City, Dryden and Almont boys’ track teams obtained respective showings of fifth, sixth and seventh among small schools last Friday at the Shake Off the Rust Invitational in Caro.

A 400 relay of Vojtech Jasek, Kyle Torres, Josh Hayes and Holden Redd pulled up third with a clocking of 51.39 seconds.

In addition to that, Smith ranked third with a 200-meter dash clocking of 25.14 seconds.