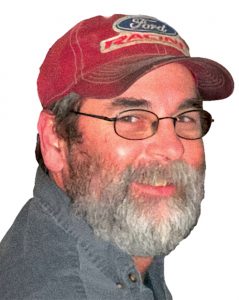 Terry was born on January 24, 1958 to Robert and Noreen (Cook) Barr in the City of Detroit, MI. Terry was predeceased by his parents, Robert and Noreen Barr; his father-in-law, Lloyd Smith; and his great-nephew, Benjamin. He is survived by his wife, Sharon; daughters, Nicole Gray and Sarah (Tim) Barth; nine grandchildren, Bryan, Annalynn, Jordan, Gabrielle, Amanda, Alexander, Noah, Aiden and Elizabeth; and five siblings.

After Terry graduated from Capac High School in 1976, he went to college at St. Clair Community College for a semester before going out into the workforce. Terry met his wife Sharon in 1978 at the Imlay City A&W. They were married on January 27, 1979 in Capac, MI. He worked in the auto industry for over 40 years. Terry was passionate about building engines for the Ford Mustang and loved what he did for a living. One of his engines was even featured on the Jay Leno’s Garage show.

Terry retired March 2020 after 25 years at Ford Motor Company. While retired, Terry had time to pursue his love of family by going camping, fishing, hunting, teaching his grandchildren to drive, volunteering at Gateway Assembly and farming.

In lieu of flowers, please consider a donation to This Heart Loves @ Gateway Assembly.