Schriber is perfect twice on the mound 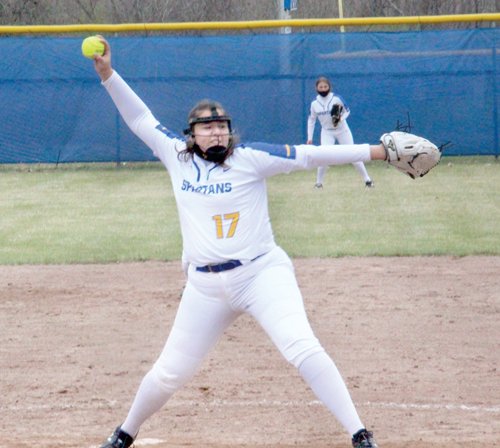 In the opener, Grace Schriber was the winning Imlay City pitcher. She threw a perfect game over four innings, including six strikeouts.

Skylar Stone (three singles), Makenzie Hayward (a single and a homer), Natalie Douglas (a single and a double) and Emma Sellers (a pair of singles) proved Imlay City’s toughest outs. They were backed by Abigail Thibodeau (a triple), Jaya Forti and Natalie Stone (a double apiece) and Schriber (a single).

In the second encounter, Schriber threw another perfect game. This contest lasted three innings and included four strikeouts.
Thibodeau (two singles and a triple) paced Imlay City’s offensive attack. Forti (a single and a double), Brook Ross (a triple) along with Sellers, Douglas, Skylar Stone and Yesenia Rojas (a single each) also reached the hitting column.