IMLAY CITY — Imlay City residents and visitors can expect a potpourri of outdoor activities in the city’s downtown district this spring and summer.

Lorrelei Natke, Imlay City’s Downtown Development Authority Director, said the DDA-hosted community events and activities will begin in May and run throughout the summer months.

High on Natke’s 2021 list will be the return of “Friday Night Bike Nights at the Crossroads,” scheduled to begin in May and run through September. 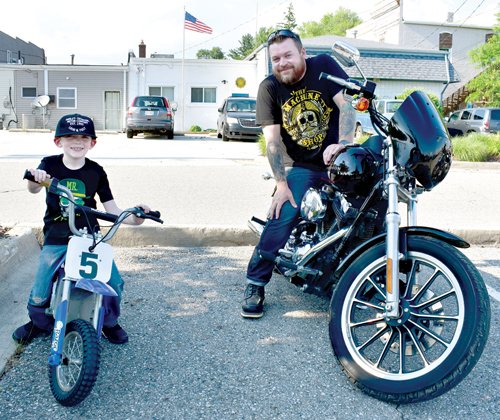 Both little kids and big kids are invited to show off their favorite two-wheelers during the DDA’s Friday Night Bike Nights.

Bike Nights will take place on Fridays from 5-10 p.m. on Depot Drive, behind the Front Row Bar & Grill.

Natke said the first event on Friday, May 21 will feature a Blessing of the Bikes to take place at around 6-6:30 p.m.

Opening night will feature live music from Motor City Josh and The Big 3.

Also scheduled to begin in May, the DDA plans to host “Fourth Friday” events downtown to include food trucks and various themed activities.

The Imlay City Farmers Market at the corner of Third and Main streets is scheduled to reopen its season on Thursday, May 20.

The DDA’s Summer Concerts at Lamb-Steele Park will return on Tuesdays from 7-8:30 p.m., starting in June and running through August.

On Tuesdays, the Imlay City Farmers Market hours will be adjusted to 3-8 p.m., so they may run concurrently with the evening’s summer concert entertainment.

On Saturday, June 26, the DDA will host “Sasquatch Uncut,” an all-day Beard and Mustache Competition open to all who can grow them.

The Imlay City DDA will be teaming up with the Imlay City Area Chamber of Commerce in the coordination of Imlay City’s 150th Anniversary Celebration Sesquicentennial August 13-14.