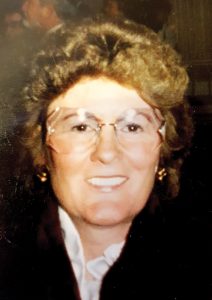 Beverly Brousseau Van Kuren, 79, of Imlay City, Michigan died Thursday, April 15, 2021 at William Beaumont Hospital of Troy, MI. Beverly Ann Boussouw was born August 24, 1941 in Detroit, MI. She is the daughter of the late Andrew and the late Dorothy (Mackay) Boussouw. Beverly grew up in Detroit, MI. She is a graduate of Cass Tech High School in Detroit, MI. Beverly married Charles Brousseau in 1959. The family moved to Imlay City, Michigan in 1970. Charles preceded her in death in 1972. Later, Beverly married Ron VanKuren. Ron preceded her in death as well.

Through the years, Beverly was employed as a cashier and clerk for Kroger, Farmer Jack and Hamady before retiring. Once she got bored in retirement, Beverly went back to work for Vlasic Foods in Imlay City, MI. Beverly liked to shop.

Beverly was preceded in death by her husband, Charles Edgar Brousseau; and her second husband, Ron Van Kuren.

Please be sure to sign the online register at muirbrothersfh.com to share condolences with the Van Kuren and Brousseau family.