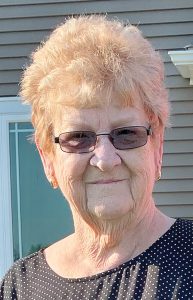 Sharon Showler, 76, of Attica, MI died Saturday, April 10, 2021 after an extended illness at McLaren Flint Region Medical Center. Sharon Lynn Upleger was born May 2, 1944 in Almont, MI. She was the daughter of the late Bruce and the late Helen (Fenningsdorf) Upleger. Sharon grew up in the Attica area. She attended Imlay City High School. Sharon married Hoyt Franklin Showler on July 15, 1961 in Attica, Michigan. Hoyt was an exceptional athlete at Imlay City High School and he swept her off her feet.

She worked at Baylock Manufacturing in Leonard, MI and Lapeer Fabricators in Lapeer, MI for several years. Sharon enjoyed spending time with her grandchildren and great-grandchildren, bowling, garage sales, and taking trips to the casinos.

She was preceded in death by her parents, Bruce and Hellen Upleger; and her brothers, Bruce Upleger and Richard Upleger.

The burial of Sharon’s cremated remains will take place at Attica Township Cemetery in Attica, near her parents and siblings, at a later date.

Please be sure to sign the online register book at muirbrothersfh.com to share your memories and condolences with the Showler family.