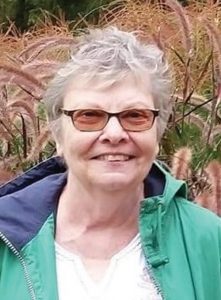 Marjorie “Marji” Montney, 72, of Allenton, MI died Monday, April 12, 2021 at her home surrounded by her loving family. Marjorie Jane Spencer was born July 19, 1948 in Allenton, MI. She was the daughter of the late Hugh and the late Ula (Bowman) Spencer. Marji grew up and lived her entire life in the Allenton, MI area. She was a graduate of Capac High School, Class of 1966. After graduation, Marji continued her education at St. Clair County Community College where she earned her Licensed Practical Nursing (LPN) degree. Margie married Joseph Montney on April 20, 1968 in Allenton, MI.

She was employed as an LPN and office manager for Dr. Lisa Meils for 17 years, Dr. Conrad for 10-plus years, and retired from Dr. Bauer’s practice after 10-plus years of employment. Marji was a member of the Imlay City American Legion Auxiliary and former member of St. John Catholic Church in Allenton, MI. She enjoyed doing all sorts of different crafts. Marji and Joe traveled a lot through the years.

She was preceded in death by her parents: Hugh and Ula Spencer; her son, Andrew Montney; her sister, Betty Kaufman; and her brother-in-law, Jerry Fulton.

Due to recent health concerns of the COVID-19 pandemic, social distancing (six feet apart), masks (to be worn at all times), and limited occupation (25 people at a time) of the funeral home will be enforced.

The Montney family will be available for visitation from 4-8 p.m., Thursday, April 15 and from 10-11 a.m. Friday, April 16 at Muir Brothers Funeral Home of Imlay City.

Please be sure to sign the online register at muirbrothersfh.com to share condolences and memories with the Montney family.