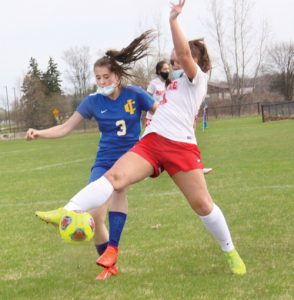 With the result, Imlay City improves to 2-1 this season.

In Friday’s meeting, Imlay City jumped out to a 2-0 advantage at the half.

Both sides then connected for a goal each from that point on, leaving Imlay City up 3-1 at game’s end.

Gia Hart was the winning Imlay City goalkeeper. She finished with 11 saves.